This overview lists the energy balance of the PV systems. Starting from the global radiation arriving on the module surface, the yield losses are gradually deducted. 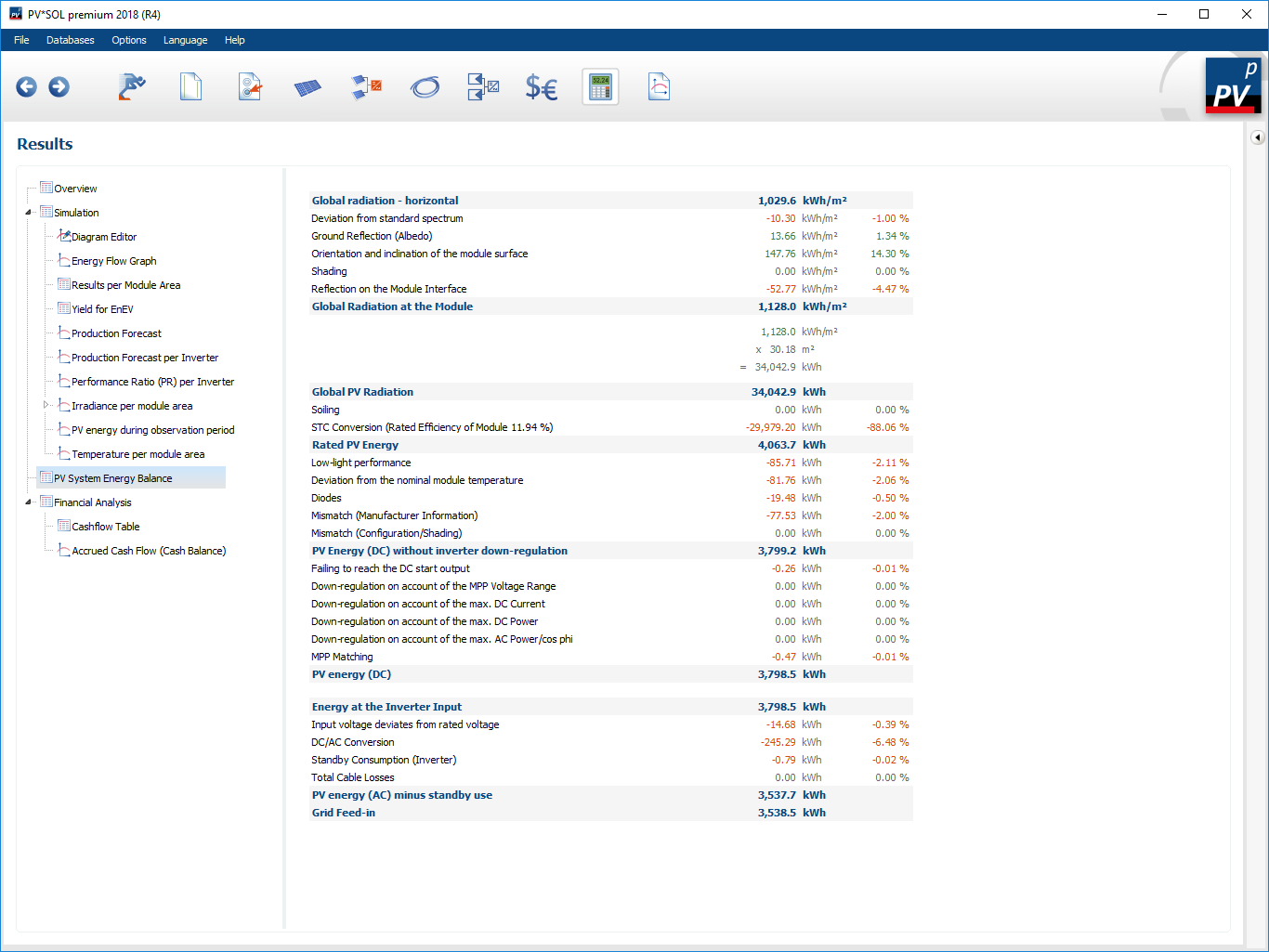 After the simulation of a PV system, the energy balances are displayed in the tree view on the Results page.

Select either the main level or one of the subsystems to see the respective energy balance:

If there is more than one Meteo-System (for example by differently aligned module areas), the individual balances are calculated over the corresponding area of the PV sub-generator in relation to the total area of the system.

For several partial generator and WR systems, the individual balance sheets are summed up.

The structure of the energy balances in the tree view depends on the topology of the PV system.

A 1-1-1 topology is composed as follows:

Accordingly, the system would have a 1-2-1 topology if the modules were connected to two MPP trackers, but these belong to the same inverter.

A system with two differently aligned module surfaces, each connected to its own inverter, corresponds to a 2-2-2 topology.

Structure of the balancing zones

Each balance zone has a start value and an end value, which are highlighted in gray and in bold. The sub-generator balance zone has two further intermediate values which serve as orientation.

Loss (red letters) or winning sizes (green letters) are listed between start and end value. The last column shows the percentage value of the variance, always in relation to the total of the preceding values in the balance sheet.